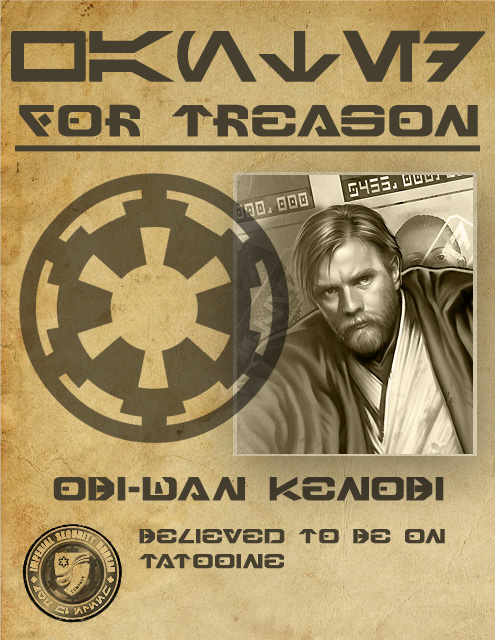 Please change your nickname on our server to match your in-game name/member note so we know who you are
Download Teamspeak 3
teamspeak.strokemywookie.com
Password: THX1138 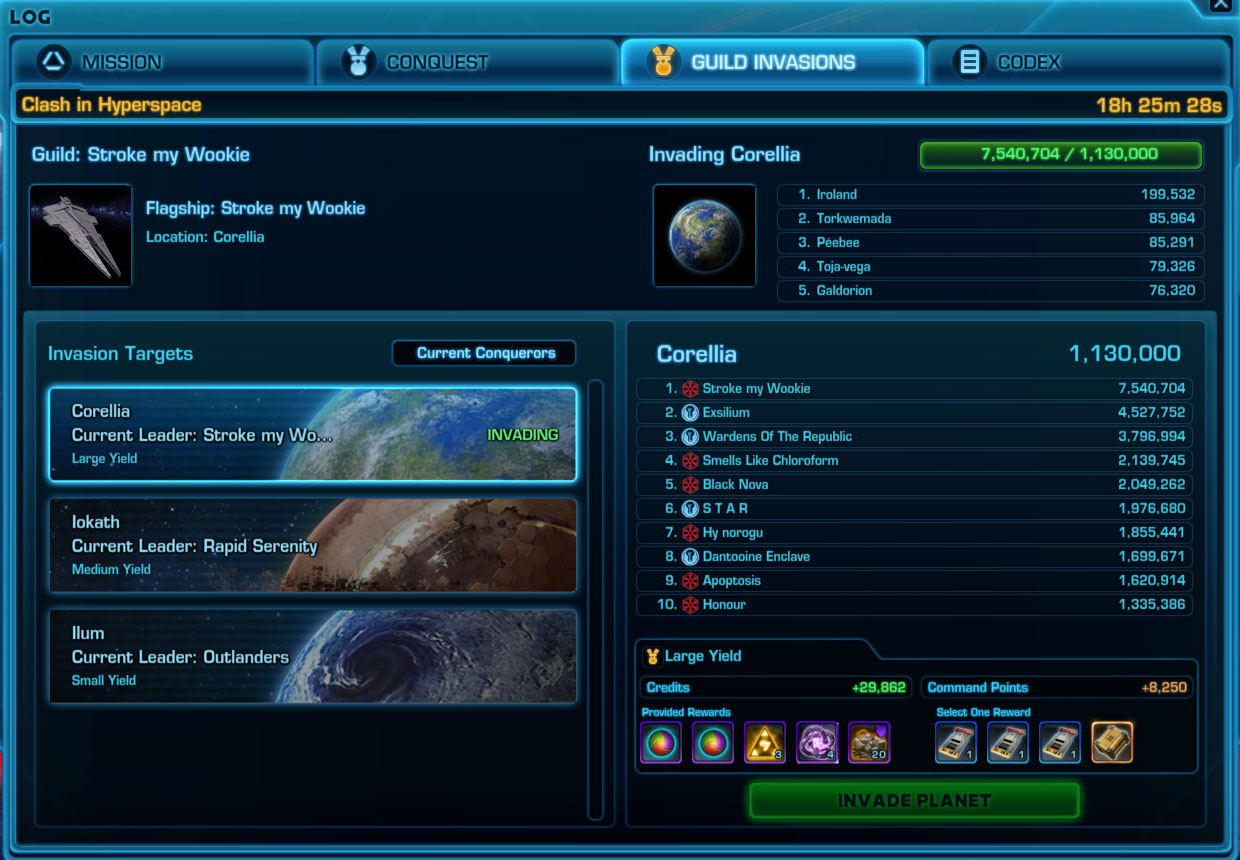 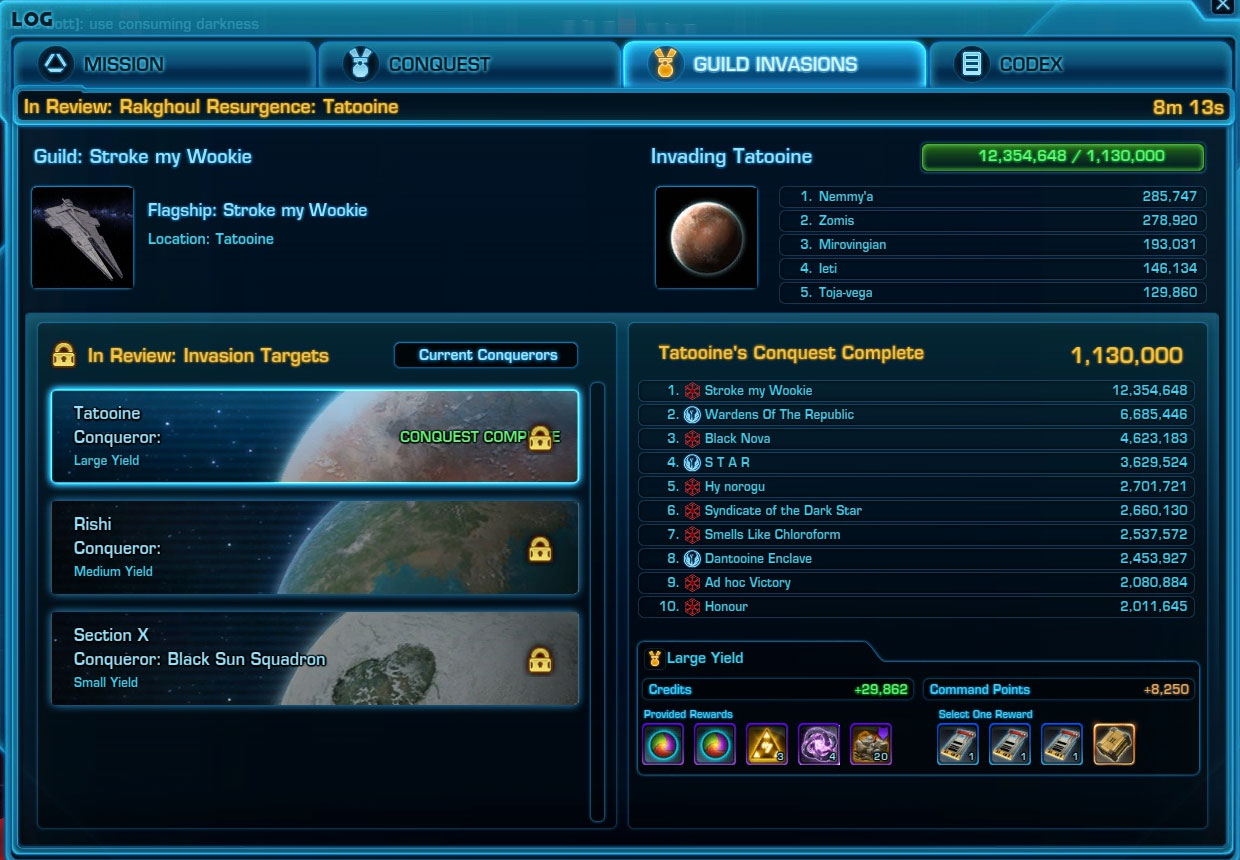 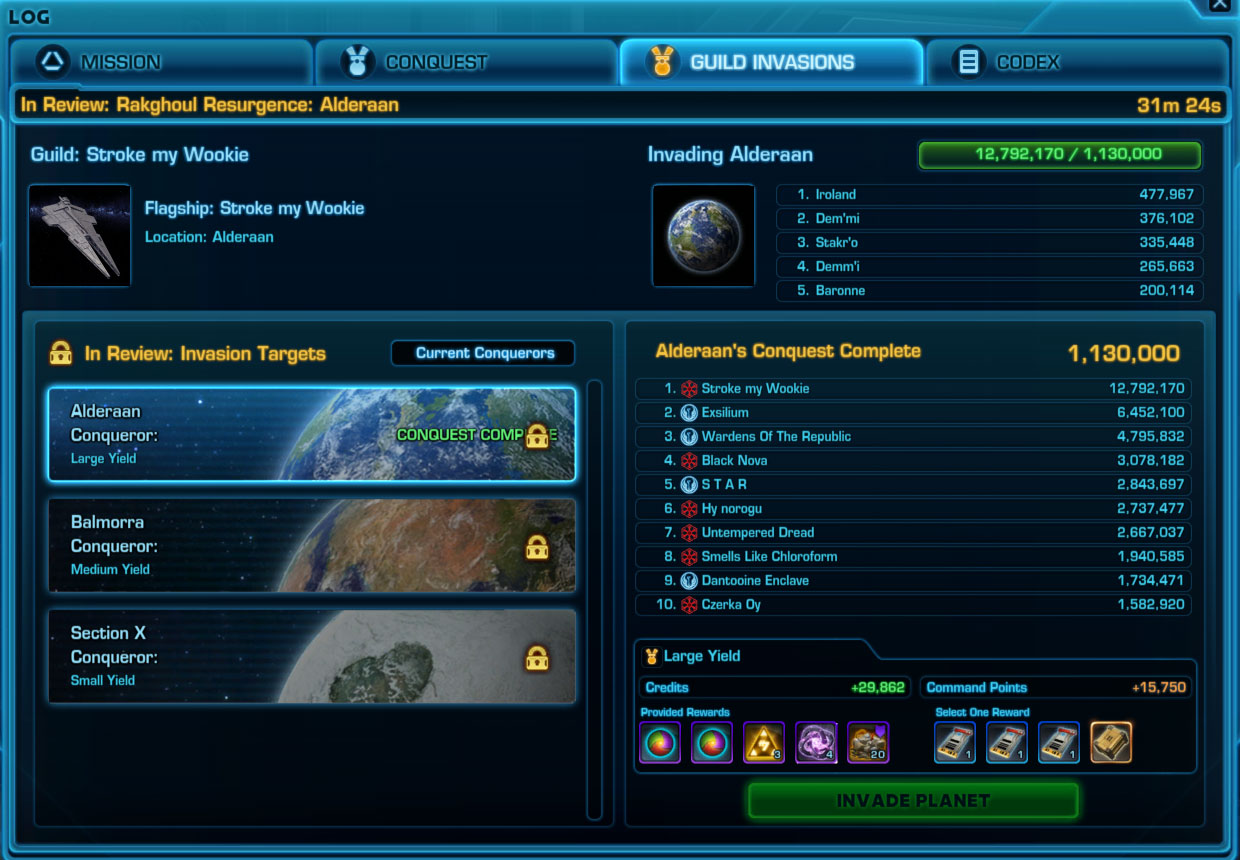 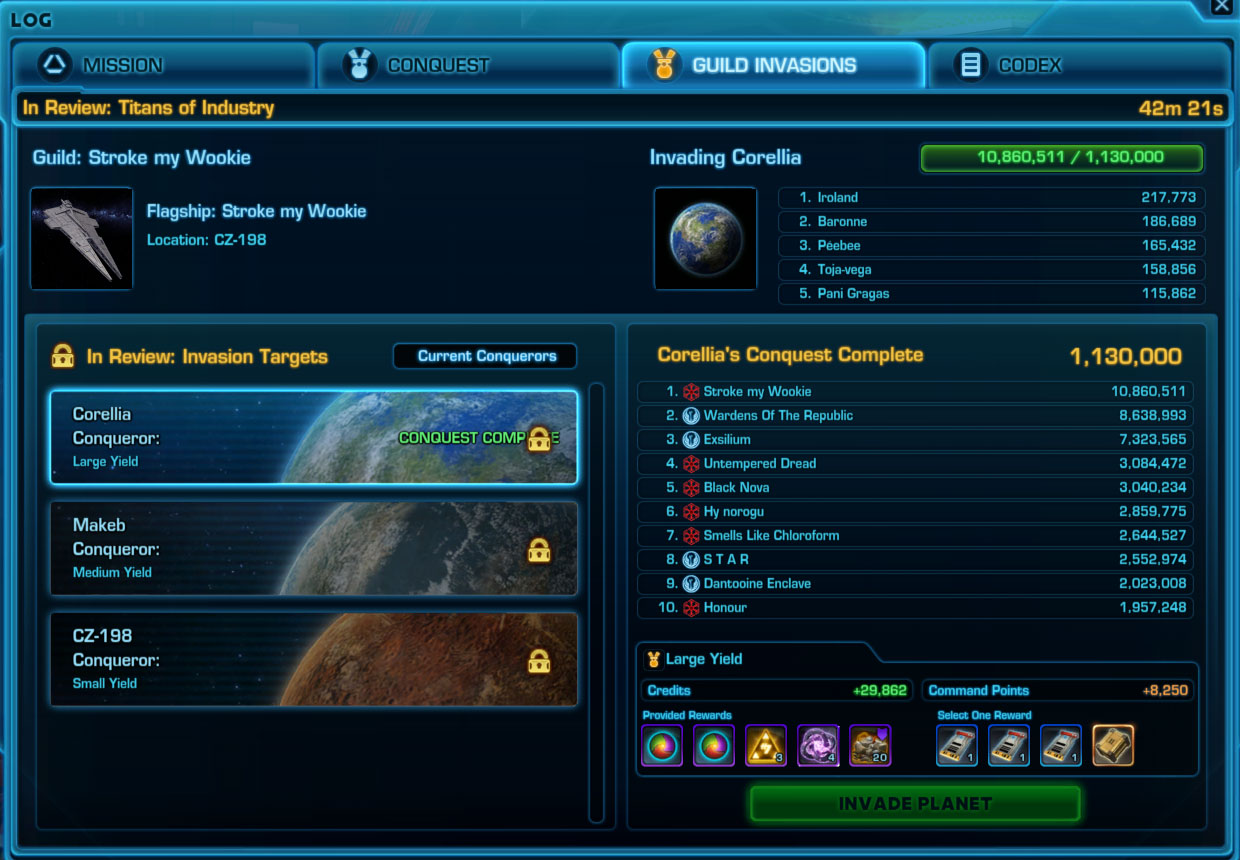 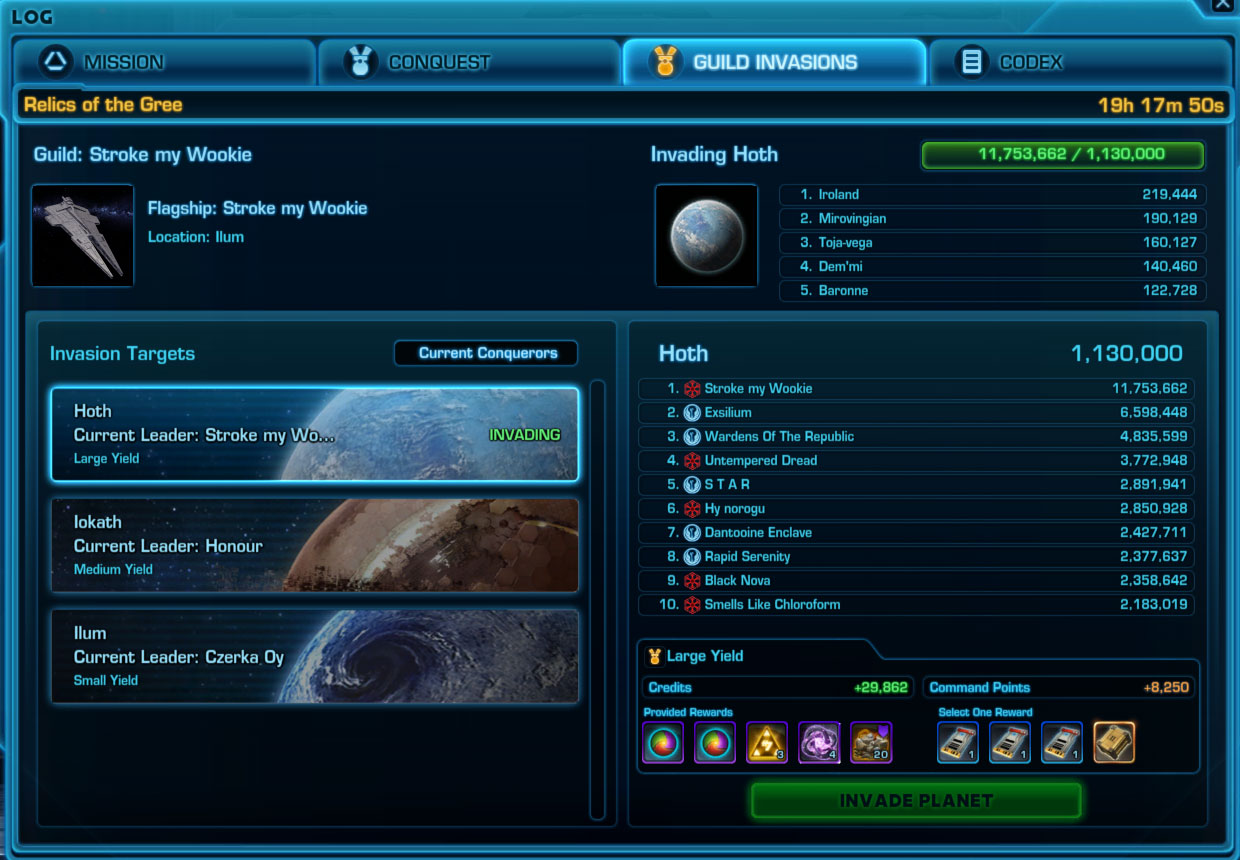 Our special October conquest competition to celebrate our 200th first place victory was a great success which helped lots of guild members get rich from the 700 million credits in prizes that were awarded throughout the month. It was great to see you all enjoying yourselves by playing together to achieve a common goal. Well done to everybody that took part and an extra big grats to our Minister of War Iroland who accomplished the staggering task of winning first place each week! 🏆

Now the competition is complete we have started invading with Beta guild again. For those that don't know, we have two Imperial guilds and one Rep. All are part of the same entity and our events are run with all of them. The only difference between our Imperial guilds is their conquest goals:

Imperial: Stroke my Wookie (Alpha)
Alpha focuses on taking 1st place each week using our conquest rotation which means it attacks all the small, medium and large yield planets in date order with the target each week being the one that we last conquered furthest in the past. This is the place to be if you want the conquest titles and achievements.

Imperial: Stroke my Wookíe (Beta)
Beta guild's goal is simply to place in the top 10 of the Large Yield target each week to help guild members get the large augment component crafting boxes. The aim is to help our guild members get rich with hardly any effort, not to take first place.

Republic: Stroke my Wookiee
Our Republic infiltration guild is where we keep our Rep characters. Even though this is our smallest guild it still attacks the Small Yield target as it's super easy to get encryptions. It's also very handy for when we run our cross faction server events.

New Raid Lockout Rewards
We've come up with another easy way for you to make credits whilst helping the guild. Basically, get us the lockouts we need for the Tuesday & Thursday conquest events and you get 2 million credits each time we use your lockouts! So if we have 3 groups that need lockouts at both CQ nights and there are 6 raids as objectives then there is over 70 million credits up for grabs. Check out the thread I made which has the details.

Page 1
Django Fett: dammit Stewy I am too slow
Django Fett: server is up
Stewy: Servers are up
Xanthene: so far lots of signups for Dxun HM tonight - However I do need another tank to sign
Ula Vii: Nautolan has been added to our site as a character selectable species, enjoy!
Zentox: i wount be able to log for 3-4 guys becouse of work :( so yeah
Silver: For those wanting to swap back to beta after cq resets in ~35 mins, I will be on KAYEVE in beta to invite for an hour ish
Stewy: ask any officer and we can get you back in :)
Filvaar: solved
Filvaar: any1 can invite me back im in atm
Filvaar: was on vacation 2 weeks must forgot to put note
Ula Vii: 6.1 is delayed but you can read the patch notes here
Seh'v: yes, they ran into last minute issues (surprise!!!)
Kym: 6.1 has been delayed?
Chiannu: grz ^
Ula Vii: Congratulations to our 209.8m Guild Lottery winners: Dunc'an and Tracer-missile twice! 💰
Django Fett: Server is up
Thrassias: err yes, medpacks. Spicy medpacks.
Danyelle: IKR, it's easy to get addicted to Medpacks, Stims and Adrenals. :)
Thrassias: I used the money to buy drugs
You do not have permission to shout 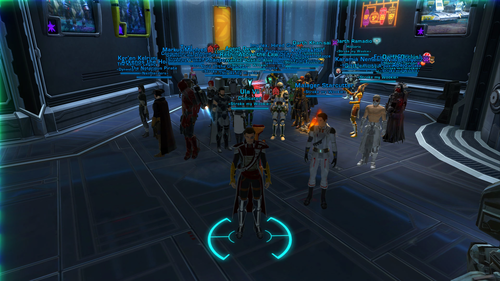 Get The
50 In Your Stronghold
Achievements

Help the guild win on conquest crafting weeks by donating to the "Secure Donations" bank vault or selling us materials we need via COD mails to Ula Vii.

Check our shopping list as we only want specific mats